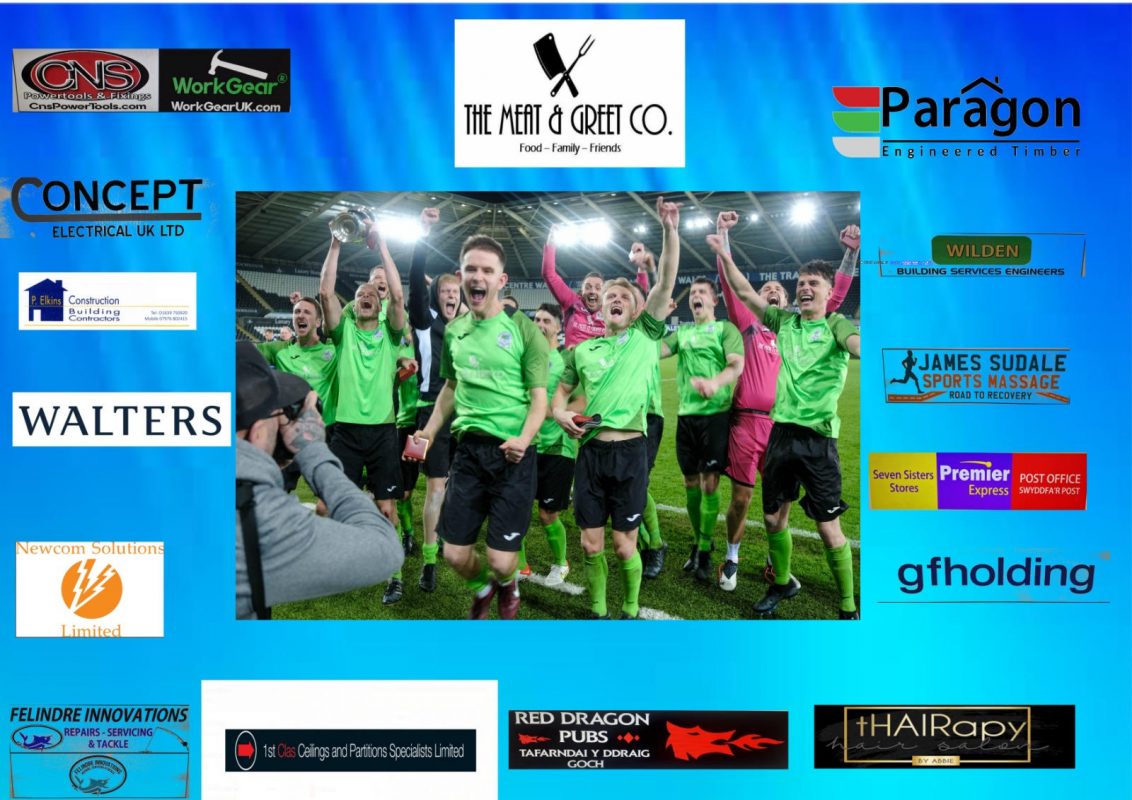 In support of one of our site managers, Simon Isaac, we are delighted to again sponsor the Seven Sisters Onllwyn Football Club, based in the Dulais Valley, South Wales.

Last season, as their Manager, Simon guided the Team to success, culminating in winning The West Wales Cup on The Liberty Season, Swansea and gaining promotion at the first attempt from The West Wales Premier League into The Ardal Welsh League, Tier 3 in the Welsh football pyramid.

Simon commented: “the support of our sponsors is vital to the running of our Football Club.  We are very grateful to G F Holding, and our other sponsors.  The Club is looking forward to this new season, and the Team is working hard to secure yet more success and hopefully further league promotion.”