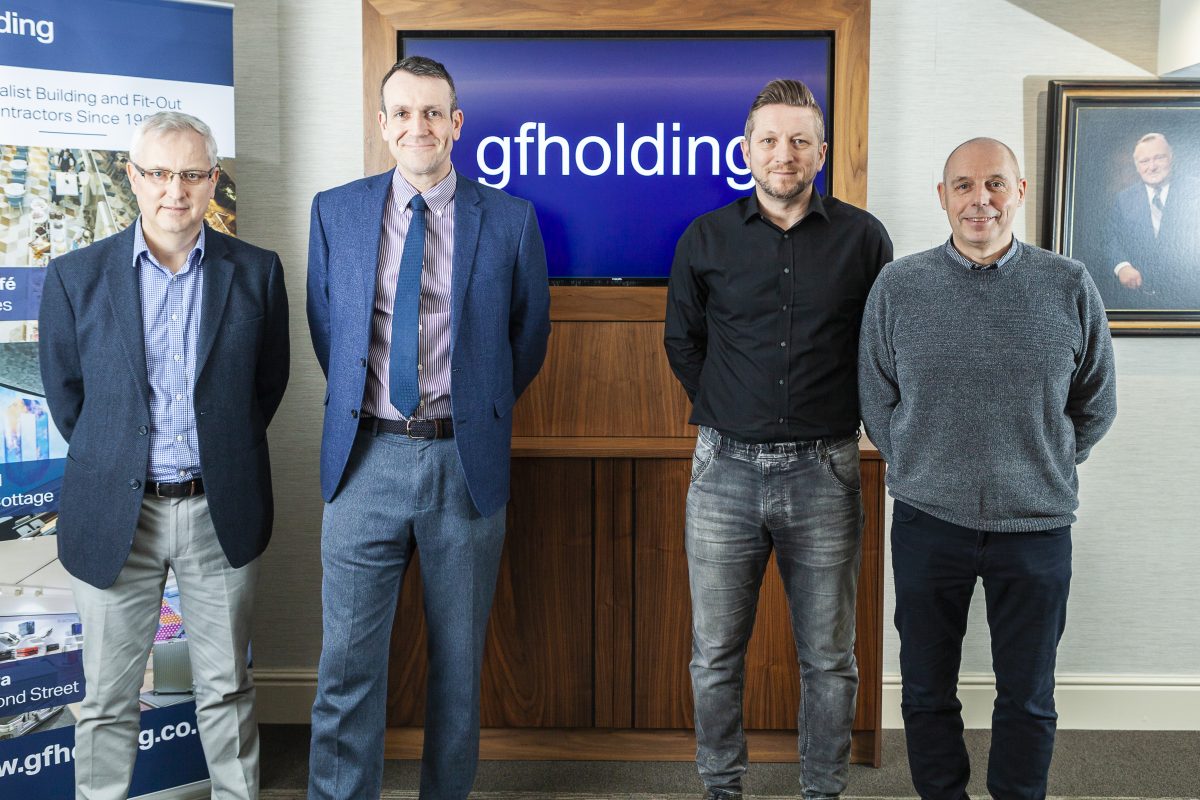 Jeff Barton, Managing Director, commented: “Following a very successful 2018 which saw our turnover grow in excess of £40million, we have started 2019 in a really strong position with a confirmed order book of over £20million.

“We were keen to prepare ourselves for our continued future growth, by promoting Andy, Martin, John and Neil to Associate Director level.”

During 2018 the company delivered a significant number of cinemas for a broad range of clients: Cineworld, Showcase, Vue, Everyman, and Odeon, including the iconic Odeon Leicester Square which re-opened just before Christmas.  The company also delivered the £4.2million restoration of Southampton’s Grade II Mayflower Theatre; as well as the refurbishment of high-end casino, The Palm Beach, for Gentings Casinos.

Other recent projects include the refurbishment of the high-end luggage retailer, Rimowa’s flagship store on New Bond Street; and the delivery of Victors, Alderley Edge for East Coast Concepts.

Jeff added: “We have come a long way from where we started in 1908, when two Holding brothers were decorating their neighbours’ front rooms.  However, our attention to detail and the speed at which we turnaround projects remains the same now, as it was 110 years ago.”